Plans for a second Eureka! on the Wirral submitted to Wirral Council 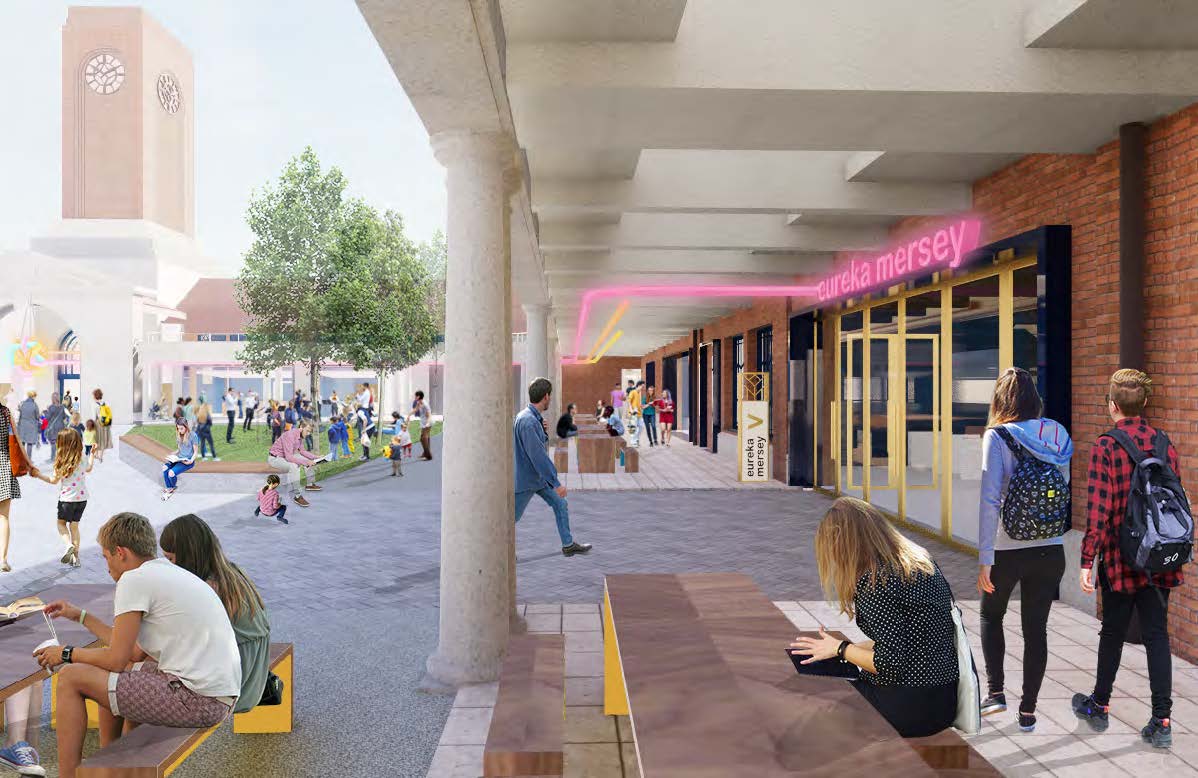 The proposals are for an £11.75 million world-class visitor attraction for six to 14-year-olds, with an additional area dedicated to the 0-5 years age group.

If approved, Eureka! Mersey would take over the buildings which currently house Seacombe ferry terminal and Spaceport, linked by ferry to the Liverpool waterfront. The innovative plans bring together the playful child-centred approach of Eureka! The National Children’s Museum with 21st century science and discovery centre innovation.

The Eureka! Mersey team are currently working with schools and youth organisations from across the Liverpool City Region (LCR) to ensure that they create a unique attraction that is relevant to the region’s young people. So far, more than 120 young people have been involved in designing exhibition content, working in partnership with key LCR businesses including Ørsted, Unilever, Sci-tech Daresbury and Arup as well as Liverpool John Moores University.

Last year it was announced that Eureka! Mersey had been awarded £3 million from the government’s Inspiring Science Fund, bringing the plans closer to a 2022 opening. Working closely with partners, including Wirral Council, Liverpool City Region Combined Authority (LCRCA) and Merseytravel, other funding sources including Wirral Council have already been confirmed, while additional LCRCA funding is being bid for under the Strategic Investment Fund process.  A range of trusts and foundations and corporate supporters are also being sought.

“At the moment we have a number of developments moving apace at Wirral Waters, the Wirral Growth Company is moving ahead and will be revealing more plans soon, and across the borough we are seeing increasing development and investment in the future.

“If this receives planning permission, I am sure it will become a huge focal point for the region and beyond and add yet another attraction to bring people to find out how much Wirral has to offer.”

The plans will now be formally consulted upon before being considered independently by the Council’s planning committee, with a decision expected later this year.

We could not be more excited about the prospect of opening a second Eureka! in Wirral. We have engaged extensively with stakeholders across Liverpool City Region in our planning thus far, including children and young people, businesses, academia, education, community and the cultural sector, and the level of engagement, enthusiasm and support has been absolutely incredible.  We are hopeful of a positive decision on planning within the next few months.